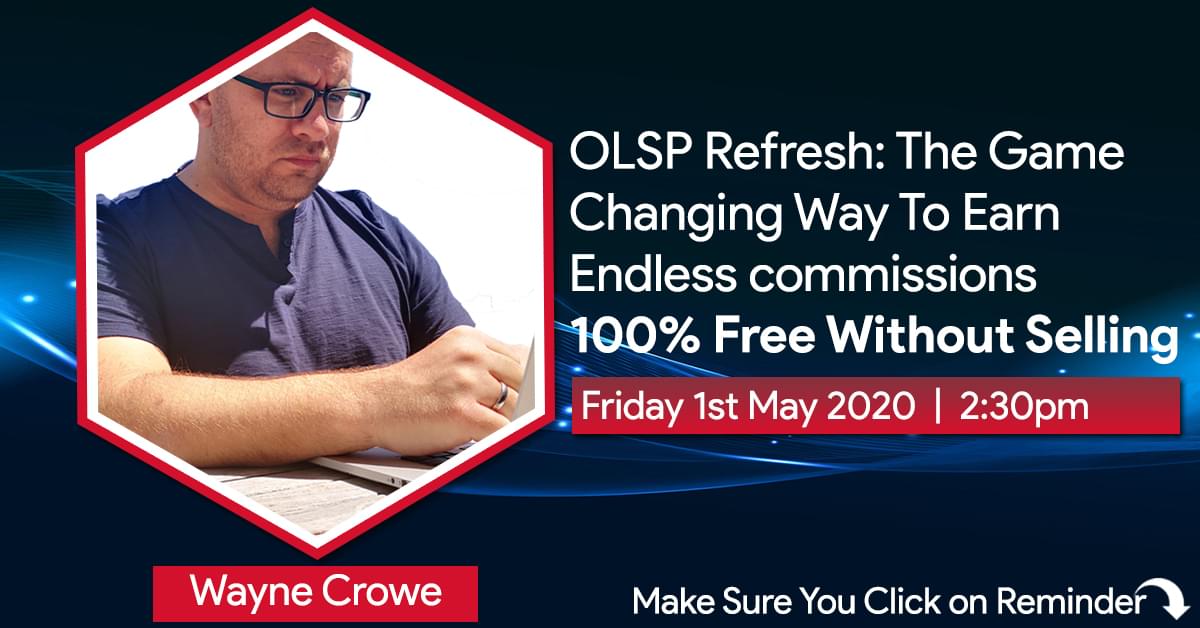 For years Apple has forced new technology on its users to — at least from the company’s perspective — push the industry forward.

The tech giant believed it knew what’s best for us, whether we liked it or not. This strategy was intrinsically tied to its direction, and to be fair, sometimes these moves were for the better.

Examples from the last few years include the MacBook’s controversial shift to USB-C, starting with the release of the now-dead 12-inch MacBook (2015). Though undeniably frustrating at the time (and sometimes still today – #donglelife), USB-C likely wouldn’t be as prevalent as it is now if Apple didn’t decide the technology was the future of its laptops’ ports. Next, the company ditched the 3.5mm headphone jack from the iPhone, a questionable move blown slightly out of proportion. Years later, most have moved on to wireless headphones, and even major Android manufacturers like Samsung eventually nixed the port.

Other examples of Apple force-feeding change in the tech industry include the haptic trackpad in the MacBook line, increasingly thinner laptop designs and the beleaguered ‘Butterfly’ keyboard, just to name a few.

But recently, we’ve seen a new direction from the tech giant that has resulted in a more self-aware version of Apple that, in some respects, is listening to its most dedicated users.

“Though most of my devices now feature a USB-C connection and accompanying cables, the peace of mind a pair of USB-A ports on the Mac Studio offers can’t be understated.”

What started with a subtle mea culpa regarding the end of the Butterfly Keyboard and the return to the classic Magic Keyboard in its MacBooks, eventually evolved into the chunky, but powerful M1 Pro and M1 Max-powered MacBook Pro (2021), a laptop that was nearly universally well-received (including by me) but, that I’d guess, would make former Apple chief design officer Jony Ive squirm with discomfort.

And now, we have the Mac Studio and Studio Display, two devices Apple users have wanted for years.

Over the past few days, I’ve spent a significant amount of time marvelling at Apple’s Mac Studio. Its brushed silver design is stunning and a clear step above the already sleek-looking Mac mini. In terms of size, think of the Mac Studio as two Mac minis stacked on top of each other. Its footprint isn’t massive, but it’s still substantial at 9.5cm high, 19.7cm wide and 2.7kg.

Still, you’re not going to be carrying the Mac Studio around, so its size doesn’t matter as much. What’s more important is that it’s able to slide under a monitor or fit neatly on a nearby desk, which it easily can.

I’ll get into the Mac Studio’s specs shortly, but one of its best features — and this is where the “Apple is listening” angle comes in — are its ample ports. On the rear, there are four Thunderbolt 4 ports, a 10GB Ethernet port, a power port, an HDMI slot (4K60 and HDR at 60Hz), a high-impedance 3.5mm headphone jack and… two USB-A ports. Yes, you read that correctly. Despite releasing the 24-inch iMac just a few months ago with only a mix of Thunderbolt 4 and USB-C depending on configuration, Apple has opted to bring back USB-A in the higher-end Mac Studio.


Though most of my devices now feature a USB-C connection and accompanying cables, the peace of mind a pair of USB-A ports on the Mac Studio offers can’t be understated. On the front of the Mac Studio, there are two USB-C or Thunderbolt 4 ports depending on the configuration and, surprisingly, an SDXC card slot, similar to the most recent MacBook Pro. As an avid photographer, the return of the SD card slot to at least some of Apple’s higher-end devices has streamlined my workflow considerably, and it’s great it’s included in the new Mac Studio.

And did I mention that the unique circular power brick is built directly into the device?


Thanks at least in part to the thermal system that pulls air through the circumference of the Mac Studio’s perforated base (this is where the blower brick is located), so far, I’ve rarely heard the device’s fans come on unless I’m running intensive benchmarking tools. If that doesn’t scream Apple engineering, I don’t know what does.

To be clear, the Mac Studio isn’t perfect since, like most Apple devices, it’s not modular and its RAM can’t be upgraded. But given the direction Apple has headed for the past 10+ years, I’m not surprised. This proves that despite the clear direction shift for several of the company’s product lines, some things still remain the same.

While Apple is clearly marketing the Mac Studio as a device designed to be used with the pricey 27-inch Studio Display, this isn’t a requirement. If you already have a 4K HDR monitor, mouse and keyboard, all you need is the Mac Studio and you’re good to go, just like with the less powerful M1 Mac mini.

In short, the Mac Studio is the Mac many creatives have been waiting for. And, depending on configuration, the Mac Studio is a cheaper mid-range MacBook Pro (2021). Suppose you don’t need the versatility and portability the MacBook Pro offers. In that case, there’s now a viable alternative that’s very appealing if you already have the required accessories.


In my case, the MacBook Pro (2021) I use daily is the 14-inch, 64GB, 1TB M1 Max variant with a 10-core CPU and 32-core GPU that costs $4,149, while the comparable Mac Studio model with identical specs costs $3,499. You could also lower the SSD size and avoid the Apple storage tax given the Mac Studio is designed to be a stationary device, making an external HD a more viable option.

For my purposes, this level of power is a bit of overkill since the most resourced-intensive task I use the MacBook Pro (2021) or Mac Studio for is occasional video/audio editing and a lot of photography work in Adobe Lightroom and Photoshop CC.

This is likely why many of you clicked on this story given the hype surrounding Apple’s M1 Ultra chip. Unfortunately, I can’t speak to the power of Apple’s highest-end chip that connects two M1 Max processors together through a silicon interposer, because the unit I currently have features a sole M1 Max chip.

That said, as you can tell from our benchmark charts (seen above), the Mac Studio is a beast of a machine that matches the impressive M1 Max MacBook Pro, and because of the additional thermal headroom, it even surpasses the Pro in most respects.

Of course, whether or not the additional power is worth the cost for you will come down to what you intend to do with the Mac Studio. Do you edit a lot of 4K/8K videos and use Final Cut or Adobe Premiere? Maybe you use 3D design software like Vectorworks or 3D/VFX production tools like Houdini FX and Maxon Cinema 4D? If so, the Mac Studio with the M1 Max or M1 Ultra chip could be the device you’ve been waiting for.

What about the Studio Display?

To start, I want to mention that the 27-inch 5K Studio Display isn’t perfect. The base-level version of the display costs $1,999, and it doesn’t offer HDR or a 120Hz refresh rate like competing 4K monitors priced well under Apple’s offering. Of course, this isn’t an entirely fair comparison because ProMotion at 5K would require 53.08Gbps of throughput, a number beyond what Thunderbolt 4 is capable of. Still, Apple could have implemented a feature that allowed ProMotion to work at 120hz for those that don’t require the Studio Display’s full 5K resolution

To be fair, these features matter to me and how I intend to use the Studio Display, but they may not be an issue for other people.

But back to the Studio Display’s actual performance. The 5K monitor’s colour reproduction is stellar thanks to its P3 wide colour gamut, and overall sharpness is stunning and arguably the best I’ve encountered in a monitor. Further, despite not supporting HDR, the Studio Display is plenty bright enough at 600 nits, though it’s hard not to be disappointed in this spec given the MacBook Pro (2021)’s screen features 1,600 nits of peak brightness with HDR and 1,000 nits of sustained brightness.

There’s an iPhone 11 in this monitor

There isn’t actually an iPhone 11 in the Studio Display, of course, but it does house an A13 chip that powers its 12-megapixel ultra-wide camera that supports ‘Centre Stage’ and a microphone. In my testing, the camera’s performance is on par with the MacBook Pro (2021)’s excellent built-in shooter. It features excellent automatic white balance/exposure, and Centre Stage is more useful than it may initially seem, especially if you tend to move around a lot during virtual meetings like myself.


The Studio Display’s sound quality is also impressive. I’d describe its six-speaker/four-woofer set as on par with the MacBook Pro (2021) (there’s a theme here). Everything from movies to music sounds full and offers a shockingly wide sound stage for such a small device.

Of course, the Studio Display wouldn’t be an Apple product without a few oddities. For example, there’s no on/off switch or on-monitor button controls. Settings like brightness and colour are controlled directly through macOS. Further, you can’t hook up more than one device through the Studio Display, and there’s strangely no HDMI port. That said, the Studio Display can charge devices through Thunderbolt 4 and hooks up to laptops through a single cable.

This may be a new Apple era where performance and design are better balanced, but that still isn’t entirely the case for all of the company’s products.


Speaking of design, the Studio Display is by far the best-looking monitor I’ve ever used. It may feature comparable specs to LG’s UltraFine 5K display (which Apple no longer sells), but it offers a far sleeker, Apple-like brushed metal aesthetic that’s comparable to a thicker version of the 24-inch M1 iMac, but with smaller bezels.

Despite its shortcomings, the Studio Display is an overall worthy successor to the well-received Thunderbolt Display Apple discontinued in 2016 and a viable alternative to the pricey $6,299 32-inch Pro Display XDR Mac users have been asking for.

My time with the Mac Studio and Studio Display has been relatively short, and there’s still a lot I want to test out in the coming weeks.

For example, how well does the Studio Display work with a Windows PC? What happens when I plug an Xbox Series X into it via a Thunderbolt 4-to-HDMI adapter?

I plan to write about this at some point, but I want to mention how cool Apple’s new ‘Universal Control’ feature is. I feel like I’m in Minority Report when I whip my cursor from my MacBook Pro/BenQ 32-inch EW3280U 4K monitor over to the Studio Display and drag/drop files between both devices.

Keep an eye on MobileSyrup for stories focused on these topics in the coming days.

It’s unclear if Apple’s new, more attentive direction will continue with future products, but if its last few devices are any indication, this is a different company with a more consumer-friendly, balance between aesthetic and hardware functionality.

While the Mac Studio embodies this ethos nearly completely, there’s still elements of Apple’s insistence on pushing the industry forward in a somewhat controversial way present in the Studio Display — and perhaps that’s a good thing because in some cases, the tech giant makes the correct moves, even if it ends up being the target of « bravery » jokes.

MobileSyrup utilizes affiliate partnerships. These partnerships do not influence our editorial content, though we may earn a commission on purchases made via these links that helps fund the journalism provided free on our website